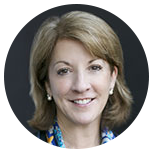 Director
Ms. Davis has been a director of the Company since June 2013. She is Managing Director of AngelHealthcare Investors, an early-stage private equity investment group focused on medical devices, life sciences and specialty pharmaceutical companies. Prior to AngelHealthcare, Ms. Davis was a Director of the merchant banking services practices for Barents Group, LLC, and a strategy consultant at Bain & Company. Ms. Davis also currently serves as a director of SC Repco, Inc., a privately-held company that represents the interests of the former shareholders of Smart Cells, Inc., which was acquired by Merck & Co. in 2010. Ms. Davis also serves as a director of two early-stage, privately-held healthcare companies, Akston Bioscience Corporation and CRA Health, LLC.
Close 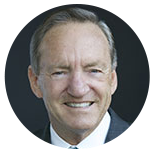 Chairman of the Board
Mr. Martin has been chairman of the Board since May 2006. Mr. Martin served as executive vice president and chief financial officer, and later senior executive vice president, and then as member of Office of the Chairman of Fairchild Semiconductor International, Inc., a supplier of power semiconductors, from June 1996 to May 2004. He served as the vice chairman of Fairchild’s board of directors from 2003 until his retirement in June 2005. Mr. Martin is a member of the board of directors of Collectors Universe, Inc., a publicly traded company that provides third-party authentication and grading service for high-value collectibles, and of Bionik Laboratories Corp. a publicly traded medical device and robotics company focused on developing transformational technologies and solutions for individuals with neurological disorders. He is also a member of the board of directors of Sanken North America, Inc., a privately-held company that owns both Polar Semiconductor, LLC, a wafer fabrication facility, and Allegro MicroSystems, LLC, which manufactures high-performance power and sensing semiconductors. Mr. Martin also serves as a trustee of Embry-Riddle Aeronautical University. Mr. Martin previously served as a director of SynQor, Incorporated, a manufacturer of power converters, until March 2014 and Soitec, Inc., a semiconductor wafer processing company, until July 2017.
Close 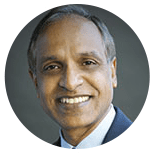 Director
Professor Krishna G. Palepu has been a director of the Company since November 2005. Professor Palepu is the Ross Graham Walker Professor of Business Administration and senior advisor to the president of Harvard University on global strategy. Among his other responsibilities at Harvard Business School, Professor Palepu teaches in several different corporate governance educational programs. Prior to assuming his current administrative position, Professor Palepu held other positions at Harvard Business School, including Senior Associate Dean for International Development and Senior Associate Dean for Research. Professor Palepu was formerly a member of the board of directors of Dr. Reddy's Laboratories Ltd., an Indian global pharmaceuticals company, from 2002 until 2009, PolyMedica Corp, a Massachusetts provider of diabetes testing supplies and products, from June 2006 until it was sold in August 2007. Professor Palepu also serves as a trustee of The Winsor School. Professor Palepu was also formerly a member of the board of directors of BTM Corporation, a privately-owned management solutions provider focused on converging business with technology, and Satyam Computer Services Limited ("Satyam"), an Indian company whose shares were publicly traded in India and on the New York Stock Exchange. In December 2008, Professor Palepu resigned from the board of Satyam.
Close

Director
Ms. McLaughlin has been a director since April 2020. Ms. McLaughlin currently serves as Senior Vice President and CFO of Cabot Corporation. Ms. McLaughlin has been with Cabot Corporation since 2002 in a variety of finance roles of increasing responsibility culminating in her current position as Chief Financial Officer. Prior to Cabot, Ms. McLaughlin worked for KPMG, LLP in their audit services group. She also served on the Board of Directors of the Cabot Boston Credit Union from 2013 through 2016 and currently serves as an executive leader for Cabot’s Diversity and Inclusion Steering Committee.
Close 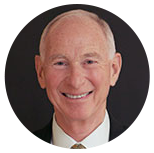 Director
Dr. Rosenblatt has been a director since September 2018. Dr. Rosenblatt currently serves as Chief Medical Officer of Flagship Pioneering, a Cambridge, Massachusetts-based firm that originates new biotech companies. Prior to Flagship Pioneering, from 2009 through 2016, he was Executive Vice President and Chief Medical Officer of Merck & Co., Inc., and prior to that he held various academic positions, including as Dean of Tufts University School of Medicine and the Robert Ebert Professor of Molecular Medicine and George R. Minot Professor at Harvard Medical School. Since 2015 Dr. Rosenblatt has been on the board of Rubius Therapeutics, a publicly traded company using advanced cellular approaches that harness properties of red blood cells to generate novel therapies. He has been a director of the following privately owned companies since 2016: Flagship Pioneering’s Cobalt Biomedicine, Cygnal Therapeutics, and Ohana Biosciences, and Ferring’s USA subsidiary. Dr. Rosenblatt is a member of the Harvard Medical School Board of Fellows, and the research advisory committees of Massachusetts General, Brigham and Women’s, and Boston Children’s hospitals.
Close 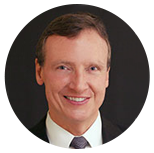 President & Chief Executive Officer
Dr. Stephen S. Schwartz joined Brooks in April 2010 as president and continued to serve as such until August 2013. In August 2010, he was elected as a director and on October 1, 2010, he became chief executive officer and continues to serve in that role. Dr. Schwartz had previously served, from August 2002 until April 20, 2009, as chief executive officer and a director of Asyst Technologies, Inc., a manufacturer of integrated hardware and software automation systems primarily directed at the semiconductor manufacturing industry. He joined Asyst in January 2001 as senior vice president, Product Groups and Operations and was elected chairman of Asyst in January 2003. Prior to joining Asyst, Dr. Schwartz had served since 1987 in various capacities with Applied Materials, Inc., including acting as general manager for Applied Material's service business and president of Consilium, Inc., an Applied Materials software subsidiary. Since November 2018, Dr. Schwartz has served on the board of directors of Spire Inc., a publicly traded natural gas company.

Dr. Schwartz received his BSEE, MSEE, and Ph.D. in electrical engineering from Purdue University. He also holds an MBA from the University of Chicago.
Close 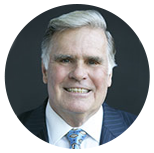 Mr. Alfred Woollacott, III has been a director of the Company since October 2005. Mr. Woollacott is a certified public accountant and was a partner with the accounting firm of KPMG LLP from 1979 until his retirement in September 2002. He is currently a board member of the William H. Hart Realty Company, Inc. and the Hart Haven Community Association. Mr. Woollacott also served, until 2010, as a director of Greencore U.S. Holdings, a wholly-owned subsidiary of Greencore Group PLC, an Irish corporation listed on the Irish Stock Exchange, which is an international manufacturer of convenience foods and ingredients. 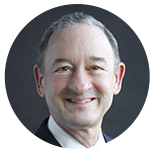 Dr. Wrighton became a director following the Company’s acquisition of Helix Technology Corporation in October 2005. Dr. Wrighton has been chancellor of Washington University in St. Louis since July 1995. Dr. Wrighton also serves as a director of Cabot Corporation, a chemical manufacturer, and of Corning Incorporated, a manufacturer of specialty glass and ceramics. He previously served as a director of A.G. Edwards, Inc., a financial services company, until 2007, and he previously served as a director of Akermin, Inc, a private company that ceased operations in 2017. Since 1995 Dr. Wrighton has served as Chancellor and Professor of Chemistry at Washington University in St. Louis, following a 23-year tenure at MIT, first as a faculty member in chemistry and for the last five years as Provost and Professor of Chemistry. 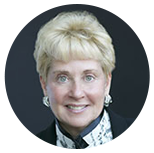 Ms. Zane has been a director since May 2012. Ms. Zane is serving as CEO Emeritus and vice chair of the board of trustees at Tufts Medical Center & Floating Hospital for Children, and from 2004 to 2011, she served as its president and chief executive officer. From May 1994 to January 2004, Ms. Zane served as Network President for Partners Healthcare System, a physician/hospital network sponsored by the Harvard affiliated Massachusetts General Hospital and Brigham and Women’s Hospital. Prior to 2004, Ms. Zane served as chief executive officer of Quincy Hospital in Quincy, Massachusetts. Ms. Zane is also currently a member of the board of directors at Boston Scientific Corporation, a publicly traded worldwide medical devices provider, Haemonetics Corporation, a publicly traded worldwide medical devices provider since January 2018 and previously from 2012 to 2016, Fiduciary Trust Company, a privately owned wealth management company, AgNovos Healthcare, LLC a privately-held medical device company, focused on bone health, and nThrive, a privately owned healthcare revenue cycle management company. Ms. Zane previously served as a director of Lincare Holdings Inc. until August 2012, Haemonetics Corporation until April 2016, Press Ganey until October 2016, Century Capital Management until June of 2017 and Parexel International Corporation until September 2017.